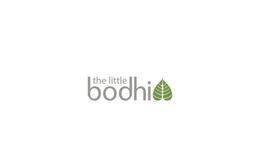 2012 signifies the launching of The Little Bodhi Limited, a company that is situated at Suite 55, 235 Earls Court Rd, London. That would make nine years The Little Bodhi has existed in the United Kingdom, as the company was established on Monday 31st December 2012. The firm reg. no. is 08343097 and the company area code is SW5 9FE. This enterprise's Standard Industrial Classification Code is 47640 - Retail sale of sports goods, fishing gear, camping goods, boats and bicycles. The most recent annual accounts cover the period up to 2019-12-31 and the most current annual confirmation statement was released on 2020-12-31.

Currently, this particular firm is presided over by just one director: Jade C., who was chosen to lead the company nine years ago.

Jade C. is the individual who has control over this firm, owns over 3/4 of company shares and has 3/4 to full of voting rights.

Notified on 1 December 2016
Nature of control:
over 3/4 of shares
3/4 to full of voting rights
right to manage directors