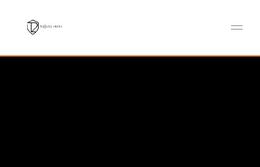 The exact moment this firm was started is 2010-07-30. Registered under 07331860, the company is listed as a Private Limited Company. You can reach the main office of this company during its opening hours under the following location: Cornelius House 178-180 Church Road, BN3 2DJ Hove. This firm's SIC code is 80200: Security systems service activities. July 31, 2020 is the last time the accounts were filed.

Having five recruitment announcements since January 22, 2016, the enterprise has been a relatively active employer on the labour market. On March 22, 2017, it started seeking new workers for a Sales Executive position in Henfield, and on January 22, 2016, for the vacant position of a Security Systems Engineer in Falmer. They employ candidates on such posts as: Business Development Manager and Associate Engineer - Security Systems.

The enterprise has obtained two trademarks, all are valid. The first trademark was submitted in 2016. The trademark which will lose its validity sooner, i.e. in March, 2026 is UK00003155879.

When it comes to this particular company's directors directory, since July 2010 there have been two directors: Thomas E. and Torin H.. At least one secretary in this firm is a limited company: Pp Secretaries Limited.

T2SecurityUK has over 29 tweets, 110 followers and follows 24 accounts.