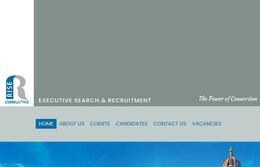 Rise Consulting Limited could be found at 30a Upper High Street, in Thame. The zip code is OX9 3EX. Rise Consulting has been actively competing on the British market since the company was registered on 2013-06-20. The Companies House Reg No. is 08576853. The enterprise's declared SIC number is 70229, that means Management consultancy activities other than financial management. The most recent financial reports were submitted for the period up to 2020-03-31 and the most recent annual confirmation statement was filed on 2021-06-20.

With eight job advertisements since 9th August 2017, the enterprise has been among the most active firms on the labour market. Most recently, it was employing candidates in Thame and Manchester. They employ workers on such posts as: Product Manager, Area Sales Manager - North West and Customer Service / Logistics.

Elizabeth M. is this particular enterprise's single director, that was appointed in 2013 in June.

Elizabeth M. is the individual with significant control over this firm, owns over 3/4 of company shares and has 3/4 to full of voting rights.

Rise_Jobs has over 121 tweets, 2 followers and follows 6 accounts.