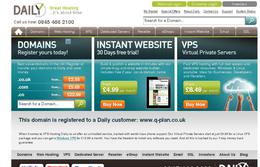 This firm was situated in Woodbridge under the ID 05298585. It was established in 2004. The main office of this company was located at 3 Cavell Close Bawdsey. The area code for this location is IP12 3DD. This business was officially closed on 2nd July 2019, meaning it had been in business for fifteen years.

The data obtained detailing the following company's members shows us that the last two directors were: Susan T. and John T. who were appointed to their positions on 13th August 2015 and 29th November 2004.