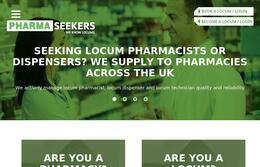 Pharmaseekers Limited may be found at 6 Nave Close, in Darwen. The zip code is BB3 3JY. Pharmaseekers has been in this business since the company was established in 2003. The reg. no. is 04939283. This business's declared SIC number is 78200 and their NACE code stands for Temporary employment agency activities. Pharmaseekers Ltd released its latest accounts for the financial period up to November 30, 2020. The firm's most recent annual confirmation statement was released on October 21, 2021.

That company owes its success and unending development to exactly four directors, specifically Robert M., Linda M., Amy B. and Rebecca W., who have been controlling the firm since 2011-10-22. In order to find professional help with legal documentation, this company has been utilizing the skills of Rebecca W. as a secretary since 2021.