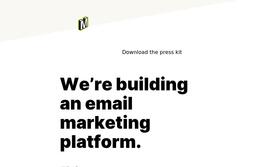 Mailninja came into being in 2013 as a company enlisted under no 08740980, located at EC2A 4NE London at 86-90 Paul Street. This firm has been in business for seven years and its official status is active. The enterprise's SIC code is 62090 meaning Other information technology service activities. The business most recent filed accounts documents cover the period up to Thu, 31st Oct 2019 and the most current annual confirmation statement was filed on Mon, 21st Oct 2019.

There is a group of two directors overseeing this company now, namely Dhugal D. and John N. who have been doing the directors responsibilities since 2013. To support the directors in their duties, this particular company has been utilizing the expertise of Dhugal D. as a secretary for the last seven years.