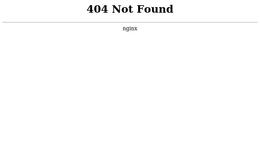 2008 marks the founding of Fortune Supermarket Limited, the company registered at 38-40 Preston Street, in Brighton. This means it's been 12 years Fortune Supermarket has been on the local market, as it was established on Tuesday 22nd April 2008. Its registration number is 06572816 and its area code is BN1 2HP. The firm's classified under the NACE and SIC code 47110 which means . 2019-04-30 is the last time when company accounts were filed.

On November 14, 2016, the company was searching for a Sales and Business Development Manager to fill a full time vacancy in the retail in Brighton, South East/Southern. They offered a full time job with wage from £12.8 to £20.5 per hour. The offered job required entry level employee experience and an undergraduate degree.

According to the latest update, there seems to be a solitary director in the company: Jian Z. (since Friday 1st January 2010). That firm had been led by Qiang G. till December 2012. In addition another director, specifically Guang L. quit in 2009. In addition, the managing director's responsibilities are supported by a secretary - Qiang G., who was appointed by this firm in December 2012.

Notified on 1 July 2016
Nature of control:
over 3/4 of shares
3/4 to full of voting rights
right to manage directors
substantial control or influence

Notified on 30 June 2016
Nature of control:
over 3/4 of shares
3/4 to full of voting rights
right to manage directors