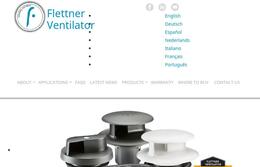 Started with Reg No. 00256246 eighty nine years ago, Flettner Ventilator Limited was set up as a Private Limited Company. The current registration address is Unit 118 Hayley Court, Linford Wood Milton Keynes. This company's SIC code is 32990, that means Other manufacturing n.e.c.. 31st March 2019 is the last time the accounts were reported.

There's a number of four directors managing this particular company now, including Rowena S., Lorna S., Barbara S. and Walter S. who have been doing the directors obligations since August 1997. Moreover, the managing director's efforts are constantly assisted with by a secretary - Barbara S..

Barbara S. is the individual with significant control over this firm, owns over 3/4 of company shares.