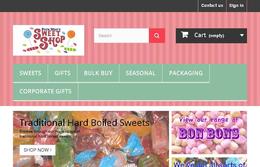 This enterprise is widely known under the name of Fern Mae Limited. The firm was founded eleven years ago and was registered under 06840512 as the reg. no. This particular head office of this company is located in Nottingham. You may find it at 156 Russell Drive. The company's SIC code is 47240 and their NACE code stands for Retail sale of bread, cakes, flour confectionery and sugar confectionery in specialised stores. 2019-03-31 is the last time the accounts were filed.

The data at our disposal regarding the following firm's MDs indicates there are two directors: Duncan A. and Amanda S. who became a part of the team on 2009-03-09. Additionally, the director's responsibilities are helped with by a secretary - Amanda S., who was appointed by this company in March 2009.

Amanda S. is the individual who has control over this firm, owns over 3/4 of company shares and has 3/4 to full of voting rights.