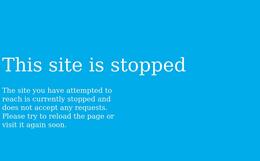 Located at 78 York Street, London W1H 1DP Decision Curve Limited is a Private Limited Company with 02536663 registration number. This company was set up 30 years ago. It started under the name Synergy Management Consultants, though for the last twenty five years has been on the market under the name Decision Curve Limited. This enterprise's SIC code is 70229 which stands for Management consultancy activities other than financial management. The company's latest accounts were submitted for the period up to Saturday 31st March 2018 and the most recent annual confirmation statement was submitted on Wednesday 12th June 2019.

Right now, the following company is managed by 1 director: Geoffrey B., who was assigned to lead the company on Friday 4th September 1992. Since February 2002 Nicholas B., had been functioning as a director for the following company up until the resignation seventeen years ago. Furthermore another director, specifically Norman F. quit 14 years ago.