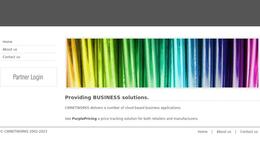 Cwnetworks Limited has been on the British market for at least 17 years. Registered with number 04682452 in 2003, the firm is located at 87a High Street, Hemel Hempstead HP1 3AH. The company's registered with SIC code 61900 - Other telecommunications activities. The company's most recent accounts were submitted for the period up to 2019-03-31 and the most current confirmation statement was filed on 2019-02-28.

There's a team of two directors supervising the following firm at the moment, namely Steven C. and Kevin W. who have been performing the directors responsibilities since March 2003. What is more, the managing director's tasks are constantly assisted with by a secretary - Kevin W., who was officially appointed by this specific firm in 2006.