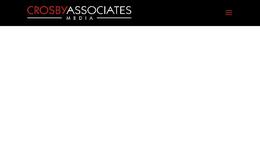 The firm is based in Manchester registered with number: 03780161. The company was set up in 1999. The office of this company is situated at 1 Scott Place 2 Hardman Street. The zip code for this address is M3 3AA. It has been already three years from the moment This firm's business name is Engage Esp Limited, but until 2018 the business name was Engage Solutions Group and before that, until 2016-07-25 the business was known under the name Crosby Associates. It means this company used three other names. This business's SIC and NACE codes are 58190: Other publishing activities. Engage Esp Ltd released its latest accounts for the period up to 2019-11-30. The firm's latest confirmation statement was submitted on 2020-07-26.

With three job advertisements since 27th August 2014, the enterprise has been an active employer on the labour market. On 4th January 2017, it was looking for candidates for a Media Sales Executive post in Liverpool, and on 27th August 2014, for the vacant post of a Media Sales Exexcutive in Liverpool. As of yet, they have hired workers for the Business Development Manager positions.

There seems to be a team of three directors overseeing this specific company at the moment, namely Philip W., Philip A. and Michael R. who have been carrying out the directors tasks since 2017.

The companies with significant control over this firm are: Engage Solutions Group Limited owns over 3/4 of company shares and has 3/4 to full of voting rights. This business can be reached in Wilmslow at Brooke Court Lower Meadow Road, Handforth, SK9 3ND.