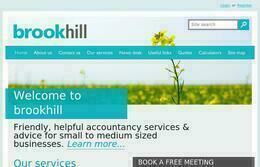 2009 signifies the founding of Brook Hill Accountancy Services Limited, the company registered at Swn-y-coed, Dryslwyn, Carmarthen. This means it's been eleven years Brook Hill Accountancy Services has been in this business, as the company was founded on 2009-06-11. Its registered no. is 06930930 and the zip code is SA32 8SD. This business's declared SIC number is 69201 which means Accounting and auditing activities. Wednesday 31st July 2019 is the last time the accounts were reported.

Susan D. is the enterprise's individual managing director, that was assigned this position in 2009. Since 2009 Elizabeth D., had been performing the duties for the following limited company till the resignation in June 2009. Furthermore, the director's assignments are aided with by a secretary - Stephen D., who was appointed by the following limited company seven years ago.