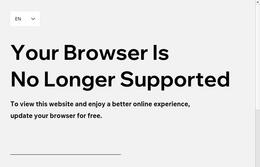 The company named Beans And Machines was founded on 2011-08-22 as a Private Limited Company. The company's registered office could be found at Bristol on Unit 32 Old Mills Industrial Est, Old Mills, Paulton. When you want to reach the company by mail, its area code is BS39 7SU. The reg. no. for Beans And Machines Limited is 07748180. The company's Standard Industrial Classification Code is 46690 which means Wholesale of other machinery and equipment. Its latest filed accounts documents cover the period up to 2020-03-31 and the latest confirmation statement was released on 2020-08-10.

BeansAndMachine has over 33 tweets, 36 followers and follows 84 accounts.