All About Laptops Ltd

All About Laptops Limited 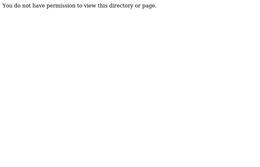 All About Laptops started its operations in 2011 as a Private Limited Company with reg. no. 07792233. This business has been operating for nine years and the present status is active. This company's headquarters is situated in London at 285 Walworth Road. Anyone can also find this business utilizing its zip code : SE17 2TG. This firm's SIC code is 46520 and has the NACE code: Wholesale of electronic and telecommunications equipment and parts. 2019-09-30 is the last time when the company accounts were reported.

Having four recruitment announcements since June 24, 2014, the corporation has been a relatively active employer on the labour market. On July 5, 2016, it started seeking new workers for a full time Retail Shop Manager position in Croydon, and on June 24, 2014, for the vacant position of a full time Computer repair engineer in Croydon. They employ candidates on such posts as: Retail Store Manager or Shop Sales Executive.

The company has a single director this particular moment managing the following business, specifically Fiaz M. who has been executing the director's obligations since Thursday 29th September 2011. Since September 2011 Fiaz M., had performed the duties for this specific business up until the resignation in 2013. In addition a different director, specifically Balaji E. quit in September 2019.

Fiaz M. is the individual with significant control over this firm, owns over 3/4 of company shares.

Jobs and Vacancies at All About Laptops Limited