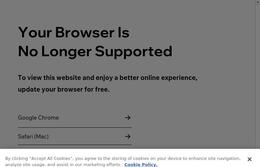 The trademark of Tiger Aspect Productions is "Restoration House". It was proposed in October, 2013 and it appeared in the journal number 2013-052.

As stated, this particular company was formed in Fri, 2nd Oct 1998 and has been managed by twenty seven directors, out of whom four (Peter S., Derek O., Helen W. and Lucinda H.) are still a part of the company. Moreover, the director's responsibilities are regularly helped with by a secretary - John P., who was appointed by the following company on Mon, 23rd Nov 2009.

The companies that control this firm are as follows: Tiger Aspect Holdings Limited owns over 3/4 of company shares and has 3/4 to full of voting rights. This business can be reached in London at Charecroft Way, W14 0EE and was registered as a PSC under the registration number 02589509.