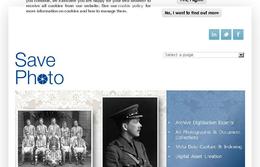 This particular company was registered in London under the following Company Registration No.: 07082051. This firm was registered in 2009. The headquarters of this firm was situated at Concorde House Grenville Place Mill Hill. The postal code for this address is NW7 3SA. The company was dissolved in 2016, meaning it had been in business for seven years. The company was known as Iblubox Computing until Wed, 21st Apr 2010, when the company name was changed to Photos Reunited. The final was known as occurred on Tue, 3rd Jan 2012.

The data obtained related to this enterprise's members reveals that the last two directors were: Peter B. and Timothy C. who were appointed on Mon, 15th Jul 2013 and Thu, 19th Nov 2009.