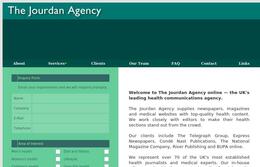 2010 is the year of the start of Jourdan Agency Ltd, a firm which is located at Osborne House South, Portsmouth Road, Liphook. That would make 10 years Jourdan Agency has prospered on the local market, as the company was founded on 2010-07-12. Its registered no. is 07310756 and its area code is GU30 7AA. Although lately it's been referred to as Jourdan Agency Ltd, it previously was known under a different name. It was known as Jourdan Editorial until 2011-06-20, when the name was changed to Jourdan Syndicates. The last transformation took place on 2011-07-21. The firm's SIC code is 58190, that means Other publishing activities. The company's latest filed accounts documents were submitted for the period up to Wednesday 31st October 2018 and the most current annual confirmation statement was filed on Friday 12th July 2019.

The company's trademark is "The Engineers Ring". They filed a trademark application on Sunday 19th June 2016 and it was licensed three months later. The trademark's registration is valid until Friday 19th June 2026.

With regards to the firm, the full range of director's responsibilities have so far been met by Anthea J. who was appointed in 2010.

Anthea J. is the individual with significant control over this firm, owns over 3/4 of company shares.