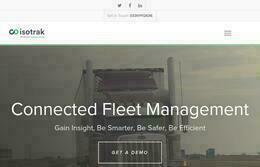 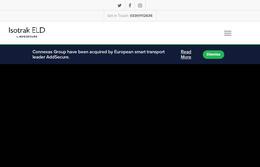 Addsecure Smart Transport Uk Ltd has been prospering on the local market for twenty two years. Started with Companies House Reg No. 03769508 in the year 1999, the company is located at 36 Queensbridge, Northampton NN4 7BF. It has been already 0 years from the moment The company's business name is Addsecure Smart Transport Uk Ltd, but up till 2021 the name was Isotrak and before that, up till 1999-08-23 the business was known as Oval (1404). This means it has used three different names. This enterprise's Standard Industrial Classification Code is 62090, that means Other information technology service activities. 2019-09-30 is the last time when the company accounts were reported.

Having two job advert since 2016/09/08, the company has been relatively active on the labour market. On 2016/10/14, it was looking for new workers for a New Business Development Manager position in Milton Keynes, and on 2016/09/08, for the vacant position of a Lead generation consultant in Milton Keynes.

Council Department for Transport can be found among the counter parties that cooperate with the company. In 2013, this cooperation amounted to at least 5,746 pounds of revenue. In 2012 the company had 2 transactions that yielded 5,746 pounds. Cooperation with the Department for Transport council covered the following areas: Travel And Subsistence.

For this particular limited company, many of director's obligations up till now have been met by Andrew S. and Andrew O.. Amongst these two individuals, Andrew O. has managed limited company for the longest time, having been a vital part of directors' team since 2018.

Executives with significant control over the firm are: Stefan A. has substantial control or influence over the company. Connexas Holdings Ltd owns over 3/4 of company shares and has 3/4 to full of voting rights. This company can be reached in Northampton at Queensbridge, Campbell Park, NN4 7BF and was registered as a PSC under the reg no 8598266.

Notified on 30 June 2020
Nature of control:
substantial control or influence