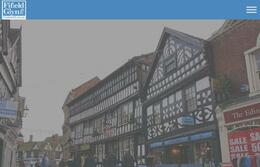 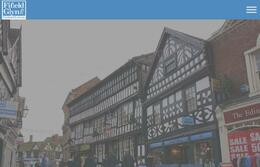 Fifield Glyn Limited can be contacted at Cheshire at No.1 Royal Mews. You can look up the firm by the zip code - CW9 7UD. This firm has been in the field on the British market for 33 years. The company is registered under the number 02205316 and its last known state is active. The company's classified under the NACE and SIC code 68320 meaning Management of real estate on a fee or contract basis. December 31, 2018 is the last time company accounts were filed.

With two recruitment announcements since 2015-12-02, the company has been an active employer on the employment market. On 2017-12-21, it started employing job candidates for a Property Manager position in Edgware, and on 2015-12-02, for the vacant position of a Administration Assistant in Edgware.

For this firm, a number of director's duties up till now have been fulfilled by Roderic W., Charles F., Edward F. and 2 other members of the Management Board who might be found within the Company Staff section of this page. Within the group of these five executives, John F. has managed firm the longest, having been one of the many members of the Management Board since 1992-03-31. In order to support the directors in their duties, the firm has been utilizing the skills of Charles F. as a secretary since 2014.